The bodies of climbers David Lama, Hansjörg Auer and Jess Roskelley have been found. Trio was killed by an L3 avalanche. 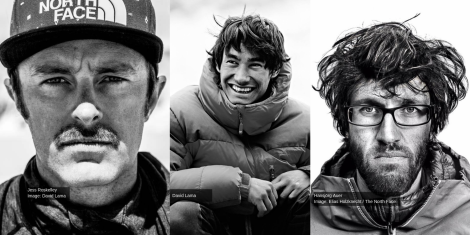 Lama, Roskelley and Auer were climbing in Banff National Park located in Alberta Canada. The trio were acclaimed members of The North Face’s Global Athlete Team, and they were attempting a repeat climb of the East Face of Howse Peak via the M16 route. Up to now, this route has only been climbed once.

The North Face released a statement on their Facebook page on 18 April, noting that the trio had gone missing on 16 April. We learn today that a level 3 avalanche was the cause of their death.

The route they were climbing was first established in 1999 by Steve House, Barry Blanchard and Scott Backes.

On Twitter, The North Face shared three tributes, one for each climber:

David Lama had the mind of an engineer and the heart of a humanitarian and will be remembered by us as the most passionate climber we’ve ever encountered.

Hansjörg Auer was the soul of climbing and had such an honest approach to life. We’ll miss his excitement for the next adventure, and will honor him by embodying this into everything we do.

Learn more about their expedition in our previous article, and visit The North Face in memoriam tributes for each climber listed in the tweets above.

Base Camp Magazine sends their deepest condolences to the families of these world-class climbers.